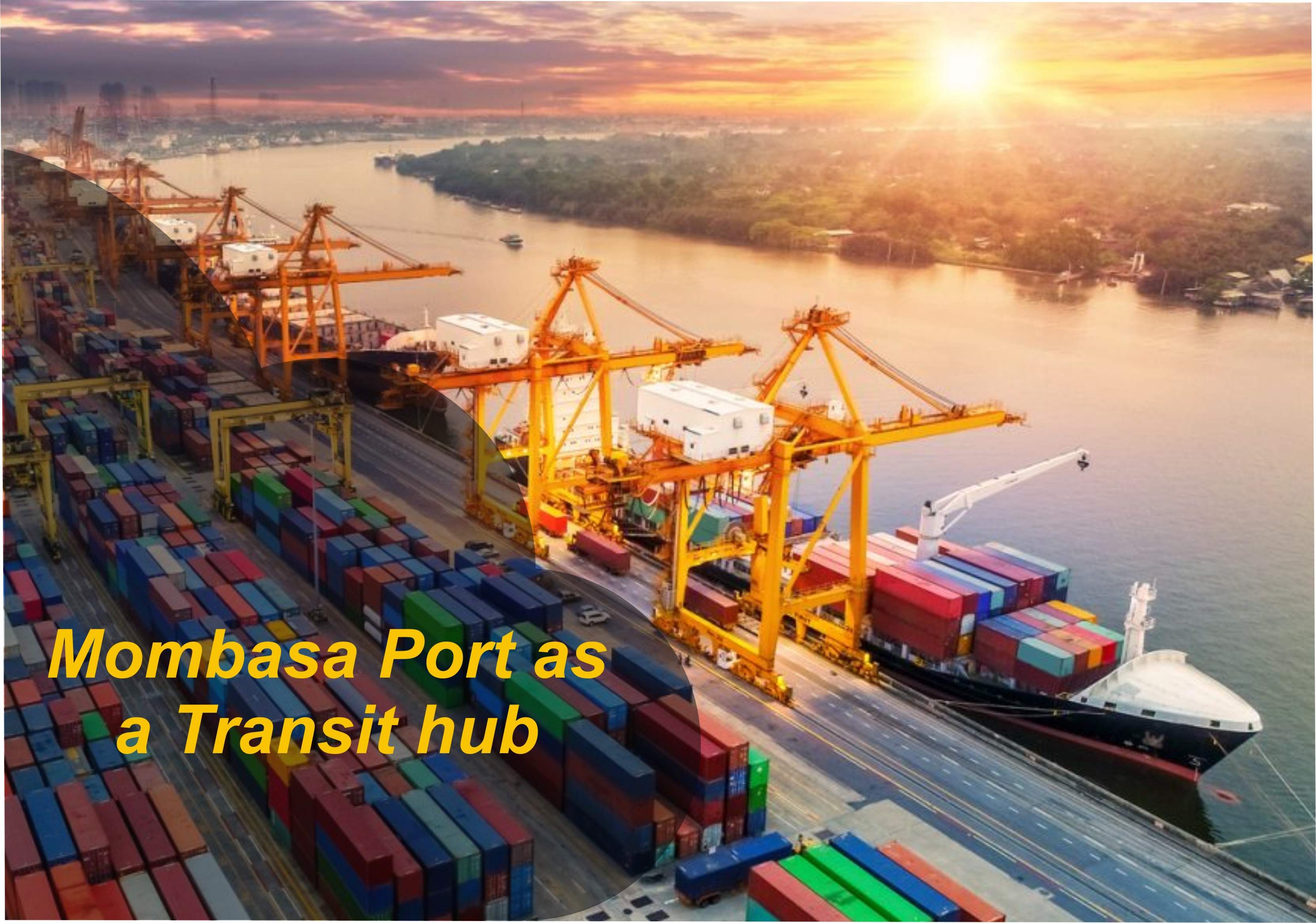 Transport and logistics are at the core of Kenya’s economic narrative due to the country’s role as a trans-shipment hub for goods moving to landlocked countries in East and Central Africa. The Port of Mombasa is located on international container routes, serving as a well-integrated landing port for regional shipping networks, while land connectivity has also become a major focus, with a number of large-scale projects undertaken to link regional countries with the global market.

The reasons why Mombasa port is a transit hub for East and Central Africa countries include:

The transportation and storage sector remains a key driver of GDP. Kenya logistics and transportation industry continues to grow due to the efficiency and effectiveness of the Port of Mombasa services to the region. Kenya has remained in the top 100 on the world Bank’s Logistics performance index for the last decade.

The transport infrastructure has continued to receive huge budget allocation with some going to the maintenance and capacity building of the Mombasa port. The road network has also made the Mombasa port a favorable transit hub with ease of cargo transport to East and central Africa. Additionally, the transport network for the port of Mombasa has also been boosted by the Standard Gauge Railway line.

The current focal point of Kenya’s maritime sector is the port of Mombasa. Capacity at the facility was boosted from 1.08m twenty-foot equivalent units (TEUs) to almost 1.7m TEUs with the completion of the first phase of the three-part Mombasa Port Development Project in early 2016. This contributed to increases in cumulative container traffic, which grew by 5.3% y-o-y in the first half of 2018, to 614,625 units. Imports made up 83.6% of container traffic, followed by exports (12.5%) and trans-shipment (3.6%).

Work is constantly being done to improve the operation in the port of Mombasa. Cargo entering Kenya is able to clear more quickly due to an amendment of the East African Community Customs Management Act, which was written in 2004 to make provisions for the management and administration of Customs matters. The act permitted the Kenya Revenue Authority (KRA) to profile shipments before they arrive at dock, allowing for direct loading and seamless movement onshore or inland. At present, it can take less than a month for containers to clear Customs in Kenya and sometimes as clearance takes less than a day.

The port of Mombasa is strategically located about halfway between the Durban port in South Africa and the major Middle East ports, Mombasa’s port is a gateway to east and central Africa. It has been a hub for international trade in the region since it was developed under British rule in the late 19th Century.